Canada’s First Railway Tunnel was completed in 1860 for the Brockville and Ottawa Railway and later owned by the Canadian Pacific Railway until being acquired by the City of Brockville in 1983. Our historic Tunnel is a remarkable example of Canada’s pre-Confederation industrial heritage that our innovative restoration project has repurposed for recreation, tourism and economic development.

The north end gorge features a paved accessible ramp to enable pedestrians and people using wheelchairs to travel through the Tunnel south to Armagh Sifton Price Park at Brockville’s waterfront.

Restoration of the Tunnel formally commenced in the summer of 2016 in order to complete the first phase of railway Tunnel park as part of Brockville’s Canada 150 birthday celebration. The opening of the Tunnel and north gorge was held August 12, 2017, highlighted by a parade and opening ceremonies as part of the City’s Rails to Trails festival.

The phase 1 project was funded in part by a special capital fundraising campaign. Interim financing was provided by Infrastructure Ontario and was being secured by donations pledged to date.  There is still a need to finish raising capital for phase one, prior to phase two being started.  If you wish, you may donate on line HERE and request that your donation be used towards the outstanding phase one capital project.

We hope that Canada’s First Railway Tunnel will become the new central hub of Brockville’s scenic Brock Trail Recreational Pathway. As an active, exciting place for children, youth and their families, the Tunnel will enable pedestrians to connect from the Trail at the city’s waterfront, through the Gorge and under the bridge under the CN rail corridor, to other sections of the Trail running to the city’s north and west. The Tunnel, Gorge and Brock Trail will allow visitors to travel from the St. Lawrence River all the way to the Mac Johnson Conservation Area 7 km north of Brockville.

Future phases of Railway Tunnel Park include proposed redevelopment of the former Grand Trunk Railway lands, west of the tunnel and south of the CN corridor, with a proposed new roundhouse-style visitors centre with public restrooms. In addition, a tour bus and car parking area is being considered and various improvements are proposed for Armagh Sifton Price Park, south of the tunnel. These future phases are conceptual at this stage and will proceed only when funding and council approvals are received. 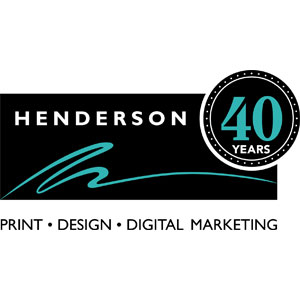